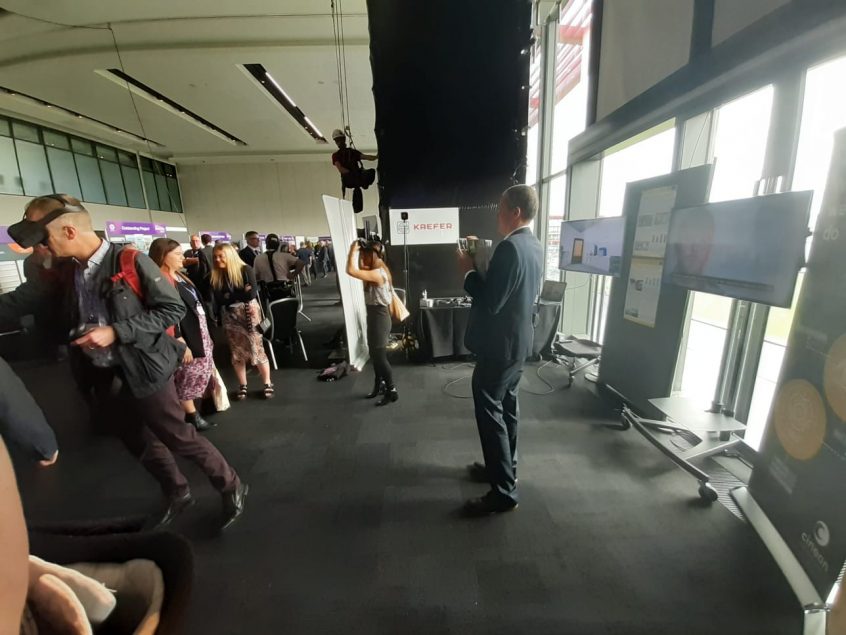 WE have had a busy autumn here at Cineon HQ. As well as putting the finishing touches to some of our latest work, we have attended a number of interesting events, with many more booked in to the diary.

In September we were invited to exhibit at the Nuclear Decommissioning Authority’s Safety and Well-being Awards in Manchester, which recognises and celebrates the contribution that NDA staff makes across the group in safety

As part of their display, the Cineon team were showcasing two of their nuclear projects.

The first was completed for Magnox which involved designing and modelling virtual decommissioning facilities.

The second project is Cineon’s work with Sellafield Ltd, Innovate UK and the NDA to develop a simulation to train workers in the safe and appropriate use of personal protective equipment, including hazard identification, damage inspection and adhering to correct safety procedures in radiation exposed areas.

Event attendees were able to try out both simulations on the Oculus Quest.

Also in September the team enjoyed a day at the MPEC conference in Bristol, organised by the Institute of Physics and Engineering in Medicine. There we were demonstrating our prototype MRI scanner simulation and our radiation protection VR training tool, both on the Oculus Quest.

Later this month will be running a testing day with Magnox, trialling one of our nuclear training simulators. We will also be running a SHE day with staff from Uniper UK, where we will be talking about the use of simulation in safety training and showing some of the VR training simulations we have made. And at the end of November we will be travelling to Holland to demo our Concawe software at the Netherlands Oil Industry Association annual conference.